What about the cruelty free logo?

It sounds a bit weird but carrying the cruelty free logo on your label, could be interpreted as a ‘false claim’ within Europe. Why,’ you may ask. 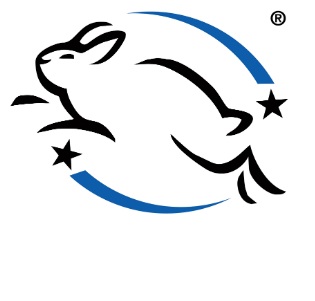 You took all this effort to make sure your product is free of animal testing, why can’t you show this to your customers. Well, it gets a bit complicated but because all cosmetics being sold in the EU are officially free of animal testing since of July 2013. Since that moment it is illegal to sell cosmetics that are tested on animal.
The point is only a third of the public knows this, according to a recent poll. So claiming you are ‘cruelty free’ might imply that other cosmetics are not and therefore it might be seen as a false claim.
Recently I bumped into this matter with a client. So we had to think about a good strategy. For Lafirgo it is ok to carry the cruelty free logo. The logo being a false claim is clearly a matter of interpretation and still a matter of discussion. Until there is some EU court case, explicitly stating that the bunny should go, there may be good reasons to keep it on your labels. Big companies like The Body Shop and Lush took the lead and are still carrying the logo. They defend their selves by stating that they keep up higher standards than the EU regulation does. They also say that this is their way to show they are pushing for a worldwide ban.
China for example asks for animal testing, so a manufacturer who sells in China, will probably test it’s cosmetics on animals even if he didn’t test the product for sales within the EU. So that makes the guarantee that all cosmetics within the EU are free of animal testing a bit dubious, especially when the products for China and the EU are otherwise identical.
Another thing is that in the EU ingredients are allowed that have been tested on animals in the past. New cosmetics ingredients cannot be tested on animals anymore (but they can make a detour, starting as a medical ingredient). Cruelty free products don’t use these ingredients, so the standard of cruelty free products is in fact higher.
At Lafirgo we are curious to see how this is developing. In the mean time, as your assessor or RP, we don’t object if you continue to carry the bunny, since we see good arguments to do so. And we hope in the future a court case will show us we are right.

read more about this matter: